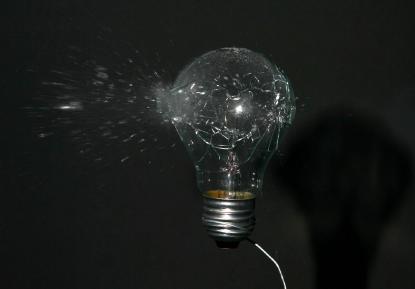 Patents should be written so that lay people and judges can understand them. Put another way, patents should be written so that they are easy to infringe. It does a company no good to own a patent that does not clearly describe, in plain English, how to make and use the invention, because nobody can tell if it is being infringed! The more likely your patent is to be infringed, the more potentially valuable it is.

There are many patent professionals, however, who teach, believe, and practice exactly the opposite. Their advice is well-intentioned, but – in my opinion – ill-advised. Take, for example, the methods described in the article “Crafting and Drafting Winning Patents: An Overview,” by Irving Kayton & Paul L. Gardner (Journal of the Patent and Trademark Office Society (JPTOS), Volume 85, No. 6, June 2003). The Kayton/Gardner method can be summarized as follows:

In a patent application, a patent practitioners (patent attorney or patent agent) should avoid a Background section, a Summary section, discussions of objects and advantages, and discussions of prior art in the specification. Claims are always interpreted in light of the specification, and the Federal Circuit has been using these sections of patent applications to limit the scope of claims. U.S. patent law does not specifically require any of these sections (Background, Summary, discussion of the objects and advantages, discussion of the prior art).

This is a not a wise way way to write patents. And it is symptomatic of what is wrong with patent education in this country. It is related to how law schools teach in this country, namely, by focusing on appellate case law. A U.S. Supreme Court case about a business dispute is the story of a train wreck, the story of how multiple avoidable mistakes were made and should have been avoided. Law students should read case law but should understand how to properly apply its messages after they graduate. The smart business person never lets a court decide his business disputes, much less an appellate court. The smart patent holder avoids court.

When patent practitioners apply a rule such as “don’t write a Summary section for your patent” to patent drafting, they may avoid one mistake but we introduce a host of new ones. It is simpleminded to think that one can practice law like this. I call the method “drafting to the exception” and I avoid it like The Plague. If you are going to draft patents by avoiding all of the fact-specific mistakes made by other practitioners, then you are missing the point.

Draft to the rule, don’t draft to the exception. Here are some good rules to live by.

If patent practitioners follow these rules, then they will have happy clients. Clients who are able to license, litigate, sell, and defend their patents successfully. Clients whose patents will not likely end up in court. And if they do, they won’t suffer the same fate as those we read about in textbooks and law journals. (Incidentally, I canceled my subscription to JPTOS law journal due to an abundance of theory-rich but reality-poor articles like this one.)

Patents need to operate in the real world – the real business world. Those who focus on how they operate in court are missing the point. If all that patent practitioners produce are incomprehensible pieces of paper that will stand up in court, then they have done their clients no favors. Patents only have value when the things they protect can be made, used, and sold effectively, and a good patent can make this happen.

Patents should be written so that they are easy to infringe. That’s my golden rule of patent drafting.