Patent law in plain English. But not in that order. 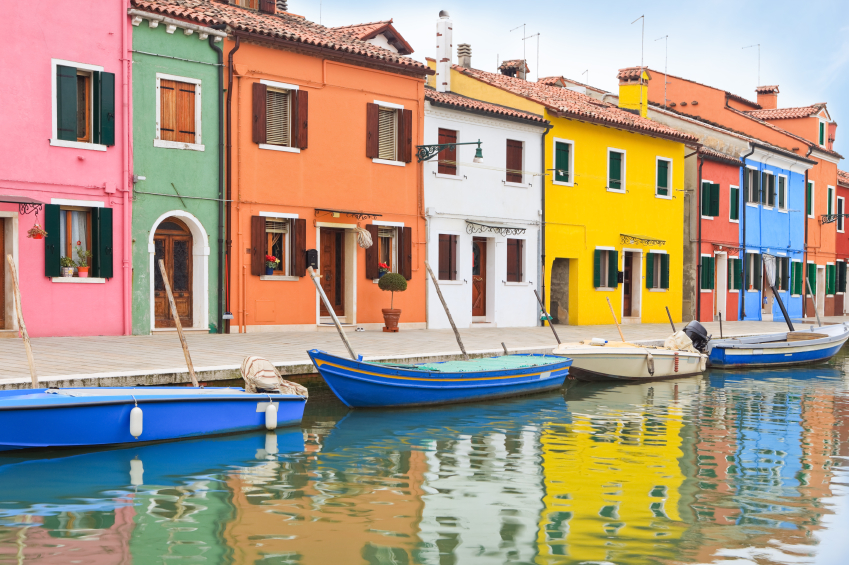 That said, patent laws do not have to exist in an ethical vacuum.

All modern patent laws derive from the epically awesome 1474 Venetian Patent Statute, which states, in part:

WE HAVE among us men of great genius, apt to invent and discover ingenious devices; and in view of the grandeur and virtue of our City, more such men come to us from divers parts. Now if provision were made for the works and devices discovered by such persons, so that others who may see them could not build them and take the inventor’s honor away, more men would then apply their genius, would discover, and would build devices of great utility and benefit to our Commonwealth.

The goals of the original patent statute of Venice were noble and worthy: to entice men (and women) of great genius to come to Venice to enrich the lives of its citizens. Fast forward to 1789, when the US Constitution was written and the so-called “patent clause” (Article 1, Section 8, Clause 8) was enacted without controversy and WITHOUT DISCUSSION:

The Congress shall have Power To … promote the Progress of Science and useful Arts, by securing for limited Times to Authors and Inventors the exclusive Right to their respective Writings and Discoveries.

Patent laws (such as these) based on the right ideas and ideals should, rightly, be noncontroversial. Where we get into trouble, as a society, is when the letter of the law departs from the spirit of the law. Such is the case with modern day patent trolls, who would have done nothing to enrich Venice and should have no place in 21st century US patent law.

So it is easy, I argue, for a patent lawyer to be ethical and idealistic: simply represent those clients who follow the spirit of the law. Some doubt that it is possible to identify such clients. To those doubters I say: (1) ask yourself why you went to law school in the first place and (2) ask your mother for her opinion.

With that historical preamble, I acknowledge that there are many valid reasons for getting a patent, including:

Habit #2 of the “The 7 Habits of Highly Effective People” (book by Stephen R. Covey) is “begin with the end in mind.” So before you dive into the patent waters, know what your business goals are.

Where To File Patents

A US patent gives the patent owner the right to exclude others from making, using, and selling the patented thing in the US. Other countries confer similar rights on patent owners. In general, you should patent your product where your customers are.

For many US startups, filing patents outside of the US may not be worth it. It generally costs four times as much to get patent protection in all of Europe as it does in the US. That said, there are two times when filing non-US (i.e. “foreign”) patent applications makes sense:

As an aside, I don’t like the term “foreign” as it depends on one’s perspective.

Who Is The Inventor? Who Files The Patent?

First, who is the inventor? Steve Jobs may not have engineered the innards of Apple’s original iPod, but the product whose patent (correctly) bears his name was, by all accounts, his idea. As do many other of Steve Job’s inventions. Because that’s who the inventor is: the one who CAME UP WITH (i.e. conceived) the idea. NOT the one who built it (i.e. reduced the idea to practice). That said, products have many features, and if a particular feature was your idea, then you are the inventor of the embodiment of the product that includes that feature. Inventorship, therefore, is determined on a claim-by-claim basis and must be carefully reviewed for accuracy before a patent issues.

Second, who is listed first? The first-named inventor is the one whose name goes on the patent. The others get to be in the “et al.” category, which is somewhat less rewarding. So you should list the names of the inventors carefully on the patent application. (Perhaps this should be the first issue.)

Finally, although inventors are individuals, most law firms represent companies, and most companies require their employee/inventors to assign their patent rights to the company as a consideration of employment.

A related question is “whether” to file a patent application. So I’ll address that question first. If you have a product that cannot be reverse engineered by virtue of its having been launched (where “launch” is defined as sold, offered for sale, publicly used, or published), then you should consider keeping your product a trade secret rather than pursuing patents. Trade secrets last as long as they remain secret. Patents last only 20 years from when you file them.

But if you do have a product/service that can be reverse engineered, then patents may be a good fit.

The legal requirements for getting a patent focus on legalese and are numerous and confusing. (In short, your product must be new, useful, nonobvious, and sufficiently disclosed.)

The plain English requirements for getting a patent, on the other hand, are two and product-based:

So if your startup is struggling to craft its patent strategy, know this: your product strategy IS your patent strategy. Before (and more on “when” below) you are getting ready to launch any product, you should consider filing a patent. Put a box around it, think how you’d position it in the marketplace, then you’re ready to patent it. Believe it or not, marketing/sales materials are as helpful (if not more helpful) than technical documents for writing patents. So the two most important people on your patent team are you CTO and CMO, not necessarily in that order.

When To File Patents

In 2013, under the guise of “patent reform,” US patent law changed from a first-to-invent system (i.e. the best patent system in the world) to a first-inventor-to-file system (i.e. like the European patent system). Under the old system, US patent applicants had a one year “grace period” between launch and when they could file for US patent applications. Under the new system, this grace period has been gutted, and, due to sloppy drafting, ambiguities in the new law have caused pragmatic patent practitioners to conclude that the US is the functional equivalent of an “absolute novelty” state (like Europe). In other words, you should treat the old grace period as if it no longer exists.

Under the old law, if you launched a product, then you could not get a patent in Europe, but you could, within one year of launch, still file in the US.

Under the new law, the only safe way to protect both US and no-US patent rights is to file patents BEFORE launching the product.

How To File Patents

You should budget one month for a patent search and a second month for writing and filing the patent application.

Large companies (and the patent bar review firms that cater to their lawyers) will tell you not to do a patent search because (1) anything you discover needs to be disclosed to the USPTO and (2) if you find a patent and a later found to have infringed that patent, then you may be on the hook for triple damages.

These things are both true. But if you do the math (e.g. an expected value calculation or two), then you’ll discover that they are largely irrelevant for startups.

For small startups, the economics are quite different. First, you are hanging your hat on one or two core pieces of intellectual property, so it behooves you to figure out what the patent landscape looks likes. Second, you are not (yet) deep-pocketed, so you are not (yet) a target for patent litigation.

Do a patent search. Don’t skimp on it. It will inform you about whether, and, if so, how to file a patent application. Here are some possible recommendations for how to proceed after a patent search:

If you decide to proceed with a provisional patent application, then don’t skimp on that either. It is the foundation upon which your future IP house will be built. Filing a napkin provisional is like building your house on sand. Garbage in, garbage out (to mix my metaphors).

There are good and bad patent lawyers at big and small law firms. Clocktower likes to think that ours are good patent lawyers at a small law firm. The Clocktower method is simple: you teach us enough about the technology to write the patent, we teach you enough about the law to make the right business decision at the right time. At Clocktower, we give you the advice that we’d want to hear if it were our company.

That said, we’re not the right patent law firm for everyone. But we’re a good choice for many.

But not for patent trolls.

Erik J. Heels is a trademark and patent lawyer, Boston Red Sox fan, MIT engineer, and musician. He blogs about technology, law, baseball, and rock ‘n’ roll at erikjheels.com This article was conceived on 2013-12-18 and reduced to practice on 2014-03-12 to coincide with a presentation by Erik at the Koa Labs Start-Up Club in Harvard Square, Cambridge, MA.